How is the twinkle made

The Twinkle consists of both custom hardware and software. 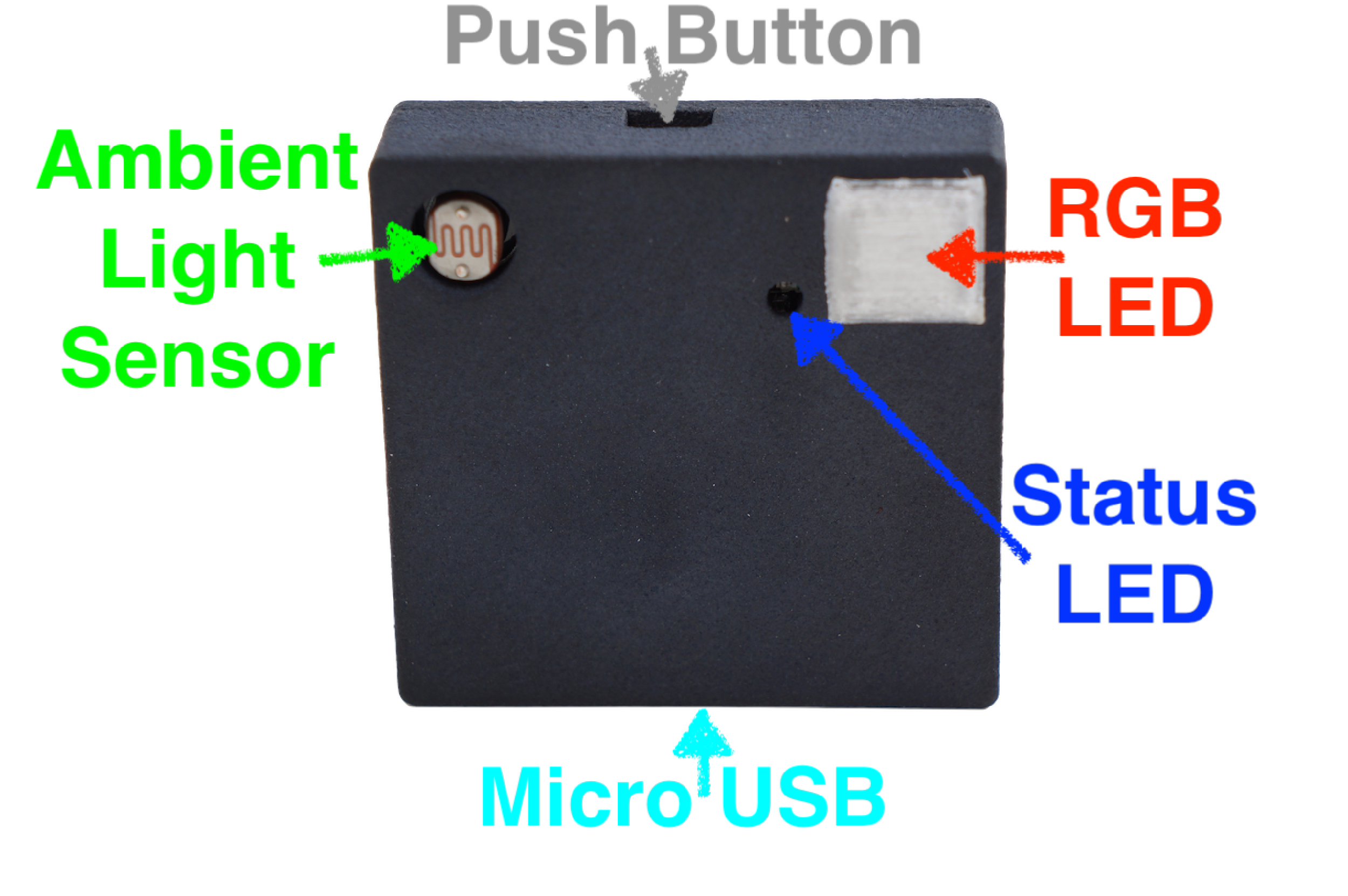 The electronics are based on the system-on-chip ESP8266 board with the following specifications:

I order these chips in small batches from China.

The push button is used for the following operations:

Senses the amount of ambient light. In some modes it uses this information to change the brightness of the RGB LED.

The main light source containing a Red, Green, and Blue LED…covered by the diffuser over top of it.

The power source. Can come from a wall plug, laptop, or battery pack.

The enclosure is designed with Tinkercad and made of nylon and ABS plastic. The case, in black, is made from SLS 3D printed nylon. These are printed by JawsTec in Idaho on a commercial printer. The light diffuser is printed on a traditional FDM 3D printer with ABS filament.

The software is created using Arduino. Some aspects of the backend have been open sourced, but not all.